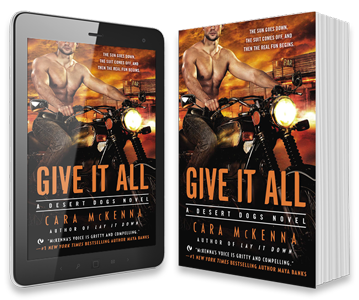 Bar owner Raina Harper can’t say for sure what Duncan Welch is to her. With her small Nevada town under siege by a ruthless casino development and still reeling from a spate of murders, she knows that trusting the public face of the corporate invaders is risky to say the least. Though, damn, it’s one fine-looking face…

Duncan may be a mercenary when it comes to getting the job done, but he’s no villain. In fact, the calculating fixer soon finds himself in the bad guys’ crosshairs, framed and facing professional ruin. To clear his name, he’ll need help from Raina and her roughneck motorcycle club, the Desert Dogs. Gaining their trust won’t be easy, and the molten sexual tension between Raina and Duncan only makes things more complicated—especially since Miah Church, Raina’s friend and ex-lover, would sooner strangle Duncan than shake his hand.

One thing’s certain, though: If they don’t deal with their incendiary attraction soon, the whole damn town might go up in flames…

"McKenna's Desert Dogs series is one of the most original and compelling out there. In this second installment, a marvelously mismatched couple find everything they fear and desire in each other's arms. A rare treat. ★★★★½"
—RT Book Reviews

"McKenna’s second Desert Dogs contemporary is an engrossing romantic thriller. While Raina and Duncan appear to be as different as oil and water, a sizzling sexual chemistry arcs between them. McKenna’s deft plotting and endearingly flawed characters will keep readers coming back for more."
—Publishers Weekly

"Duncan and Raina’s relationship begins as an uneasy dance that is firmly based in distrust but heightened with a coiled whip of lust and need that flashes through them with each new encounter. Duncan knows deep inside that Raina will change him. For the better or worse though, that remains to be seen."
—Heroes and Heartbreakers

"Once again, Cara McKenna has completely won me over with her imperfect, flawed characters and a story that keeps on surprising me."
—Guilty Pleasures

"Featuring [a heroine] as tough, determined, and whip-smart as any you're likely to find in contemporary romance today."
—Romance Novels for Feminists 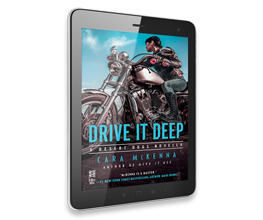 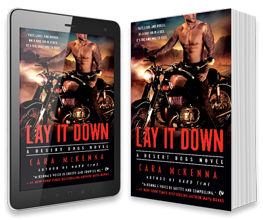 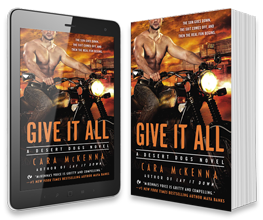 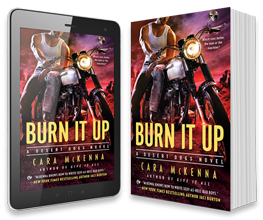 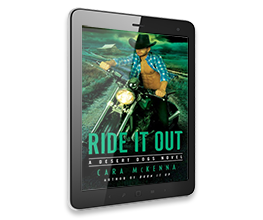