Shane thinks he’s simply auditioning a new musician for his bar, but when Gabriel saunters in to the Shivaree it becomes clear the man has more to offer than just his talent. Gabriel’s got sexual charisma potent enough to make a straight man like Shane lose his senses, lose sleep, lose himself to dark desires and not want to find his way back to reality.

What follows is not a love story. This is a story about an unforeseen attraction that brings a strong, sane man to his knees, and about lovers tangled up in each other too deep to know who’s in control and who’s helpless.

Hot on the heels of a nasty break-up, Natalie’s truck dies and strands her deep in Louisiana’s sweltering backwoods. A glow beyond the trees and a haunting melody lead her to what she hopes is salvation.

The Shivaree is more than a bar. It’s a mysterious oasis where people go to escape into a cold drink and lose themselves against a warm body on the dance floor. Gabriel is its resident musician, gifted with unnerving talent and intoxicating sexual charisma. The only thing standing between Natalie and the perfect rebound is Gabriel’s possessive and domineering lover, and Natalie’s not afraid of a bully. Certainly not one built like Shane Broussard. She’s ready to discover the perfect remedy for heartache—two hot male bodies, one long, sultry, southern night.

Six months ago Natalie drove away from Louisiana and a three-day, two-man rebound to be reckoned with. Now back in snowy Rochester, she wasn’t expecting to see either of those Southern gentlemen again. She certainly wasn’t expecting to find one standing in her work parking lot one afternoon without a word of warning.

Cold turkey is what Shane’s after. He’s been with his lover Gabriel for a year now—a year of hot sex and obsessive attraction that’s left him with a death grip on the tattered remains of his heterosexuality and too many sleepless nights. Desperate for a clean break, Shane hopes hiding out at Natalie’s for a week or two will do the trick. She sure as hell owes him one fine rebound.

But Shane quickly discovers that banishing Gabriel from his heart and his head is easier said than done. His cold-turkey recovery is headed straight for an epic relapse, and Shane’s going to have to make a choice—the traditional life he thinks he wants, or the man he can’t seem to live without.

"The characters become flesh and blood. You can almost feel the heat between their bodies and smell the scent of sex as their story unfolds."
—Night Owl Reviews, on Shivaree

"Never once does the story feel unreal… The sex scenes are suitably smokin’ and the characters incredibly likeable despite their flaws."
—Happily Ever After Reviews, on Getaway 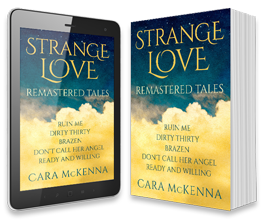 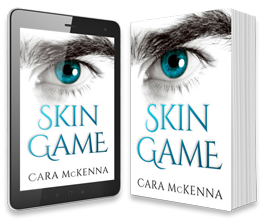 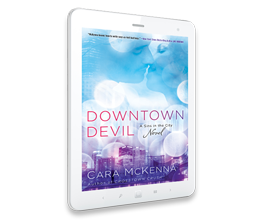